This video helps you to pray effectively and with authority against the corona virus. At the end you hear a very encouraging prophetic word about the future of our world. Use this video as a divine tool to pray against both the pandemic and against other works of evil on the earth. 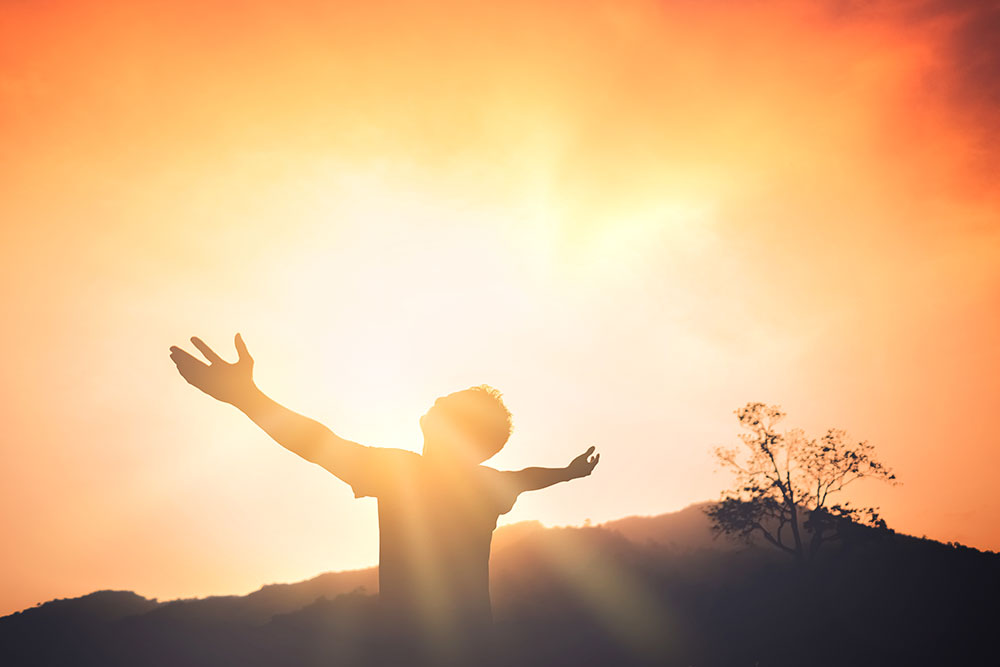 God instructed Renate to pray publicly against the corona virus and help His people all over the world to wage effective warfare in the spirit against this attack of darkness. No matter what your opinion is concerning COVID-19, I believe we all agree there is a crisis in the world today and we need to pray in order to engage the armies of the Lord to break the powers of darkness. Even if you are not really a person of prayer, I invite you to pray along with us.

Praying against corona virus with authority

This prayer contains many keys for a more effective prayer life in general. Learning to apply these strategic principles will greatly enhance your own prayers and make you a far more effective spiritual warrior.

🔥 Surrender to the Holy Spirit

🔥 Pray the Royal Prayer of the Kingdom

Secondly she prays the most powerful prayer there is: the prayer taught to us by the Lord Jesus Christ Himself. I call this the ROYAL PRAYER because it is a prayer that establishes the royal reign, or the kingdom of God, on the earth. This prayer is in many ways more a proclamation than an asking prayer. It starts with declaring the holiness, the kingdom and the will of the Heavenly Father to be established on the earth. It says: YOUR WILL BE DONE, on each as it is in heaven. That is not a request, but as bold declaration in the spiritual realm. In the Greek it says:

YOUR WILL MUST BE DONE ON EARTH AS IT IS IN HEAVEN.

That is declaring His reign on the earth and into our life. This prayer also ends with the same proclamation: Yours is the kingdom, Yours is the power, Yours is the glory. Again bold and powerful declarations. All the power and glory is from our Father and His is the mighty, everlasting Kingdom! Wow… I have seen the Lord explode with His glory and power in meetings where I led the people to repeat this prayer after me. It literally releases His kingdom, His will and His glory in our midst and on the earth.

🔥 Speak against the enemy with authority

Thirdly Renate shows us how to pray against this virus. She is not begging the Father to remove it. Instead she obeys the command of Jesus Christ, who instructed us to heal the sick and cast out evil spirits (Matthew 10:8). Jesus Christ never asked the Father to heal a person. Neither did the apostles. They COMMANDED the sickness to leave and the spirits to be cast out. They said things like: ‘Ears, be opened! Fever, leave! Rise up and walk! Deaf and dumb spirit, get out!’ And so on.

We are not beggars, we do not need to convince God to do something good. We are His sons on the earth, filled with His Spirit and we have the job to heal the sick and set the captives free. We do that by speaking in authority. The authority given to us by Jesus Christ the King of kings. He said: ‘As the Father sent Me, so I am sending you!’

🔥 Judging the works of the wicked

Lastly Renate is praying the fire of God over the plans of the wicked all over the world. She commands the judgment of God over all evil spirits. This is something most Christians have no experience with. But throughout the Bible the promise is given that the wicked will be removed from the earth and the righteous will inherit the earth.

‘Blessed are the meek, for they will inherit the earth.’
(Matthew 5:5)

‘The righteous shall inherit the land, and dwell in it forever.’
(Psalm 37:29)

There is a message throughout the Bible: rule with Christ, be a king of the Most High God, judge the fallen angels who want to destroy mankind, declare the end of evil and establish the reign of God’s goodness.

🔥 Praising God for His glory and majesty

Throughout the whole prayer Renate constantly praises the most High God, with all her heart. She focuses on His majesty and see His beauty above all. This is the major key for prayer that breaks through: seeing the glory, the greatness, the beauty and the goodness of God and worshipping Him for it. He is exalted high above all and when we see Him that way, we rise up in the spirit to be in His presence. Then we can pray with great authority, from this place of His glorious presence.

Keys to pray with power and authority 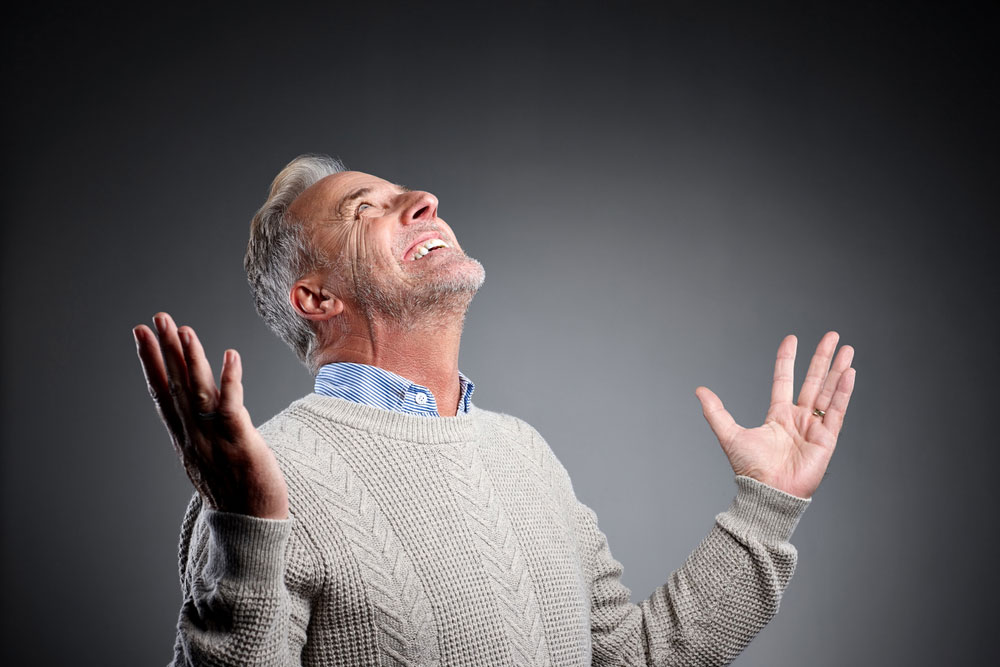 So here is a summary of the five keys for powerful prayer that you can find in this video.

1) Surrender to the Spirit of God and ask Him to lead you.

2) Pray the royal prayer, that establishes the kingdom and the reign of God on the earth.

3) Command the powers of darkness, be it sickness or another force of destruction, to leave in the name of Jesus Christ.

5) Focus on the glory, power and might of God. See His majesty and beauty and worship Him with all your heart.

Pray with us against this virus attack 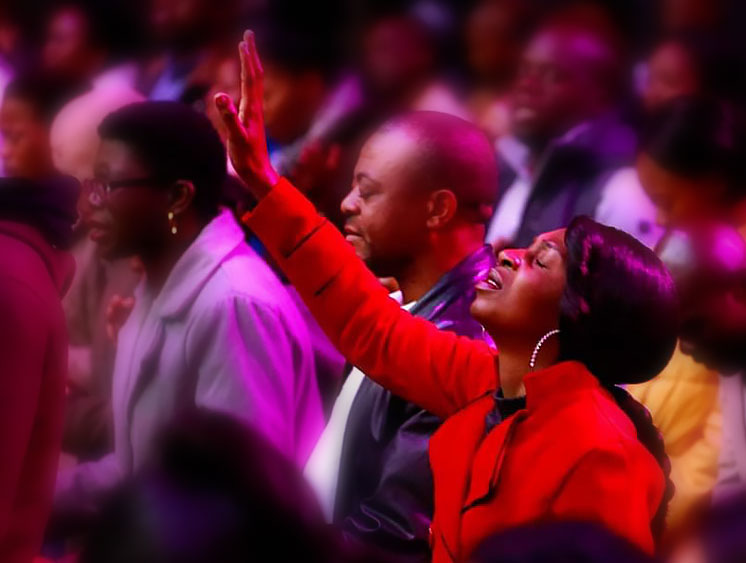 I hope you will use this divine tool the Lord gave you, to become a weapon of warfare in His hands, to set mankind free from the oppression of evil. We are called to reign with Jesus Christ. We are a royal priesthood. Kings and priests. Chosen by Him to be His sons, who bring His rule on the earth.

‘To Him who loved us and washed us from our sins in His own blood, and has made us kings and priests to His God and Father, to Him be glory and dominion forever and ever. Amen.’
(Revelation 1:6)

‘You have chosen us to serve our God and formed us into a kingdom of priests who reign on the earth.’ (Revelation 5:5)

Rise and shine, become the radiant star of the Lord Most High that you are called to be.

Lift up your voice with a shout of triumph. Sing songs of deliverance over the nations. Rebuke the powers of darkness. Command them to be destroyed, by the hand of the Lord Almighty. Cast out evil spirits. And glorify the God of gods, the King of kings, the Lord of lords, the Most High One who is above all, forever.

Watch the video and pray along. Share this with many others. Use it in your church or bible study group. Let’s rise up with the Lord to be His instruments of deliverance for the world.

Pray For The World

How to enter heaven while you are in hell

How generosity opens heaven to bless your socks off!

How being positive opens the door for all God’s blessings to you!

Christian Posters For You!

The most powerful army in the world