Is Jesus God? Or is Jesus nothing more than a prophet and teacher? 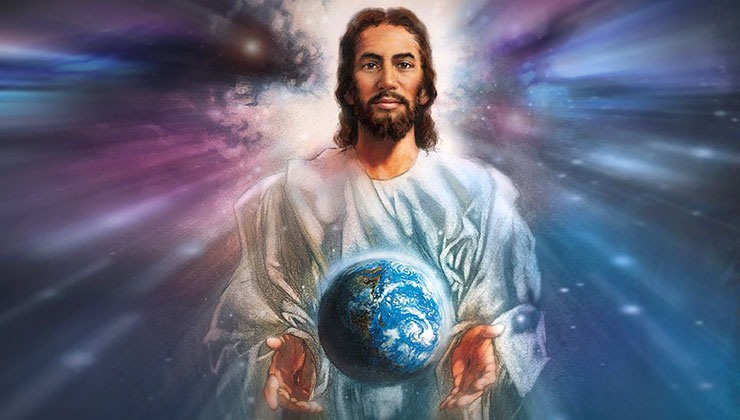 Is Jesus God? Or was he just a prophet?

If Jesus Christ was a great teacher, a true prophet and a good example, then we can trust his words, right? If he is a prophet, then he speaks the truth, otherwise he is no prophet. And if he has set a wonderful example for us, then it means he is trustworthy. Otherwise he would be a bad example. We don’t consider deceivers to be a good example. So everybody agrees that Jesus Christ was an honest person, who did not lie.

Well, what did Jesus Christ say about himself? Did Jesus say he is God? Or did he explain that he is a mere human being, like everybody else? 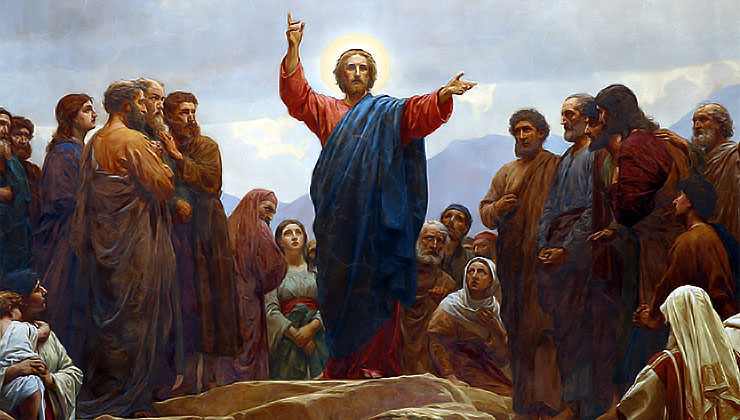 What did Jesus say about himself?

Here you find several statements by Jesus Christ, the true prophet, wonderful teacher and amazing example, who can be trusted…

“I am the Light of the world; he who follows Me will not walk in the darkness, but will have the Light of life.” (John 8:12)

Second Jesus Christ claims that he is the perfect representation of God.

‘If you have seen Me, then you have seen the Father.’ No human being can ever say this about himself. We know humans are imperfect and, well… human! If anyone would say: ‘If you want to see God, just look at me!’, we would consider that person a lunatic. Yet, that is exactly what Jesus said. So either he was completely insane, or… he meant what he said because it is true.

Thirdly Jesus makes a statement that was extremely shocking for the Hebrews, to whom he said this: ‘Before Abraham was, I AM.’ The words I AM are the very name of God! When God appeared to Moses, in the form of a burning bush in the wilderness, Moses asked God what his name was. God replied: ‘I AM’. 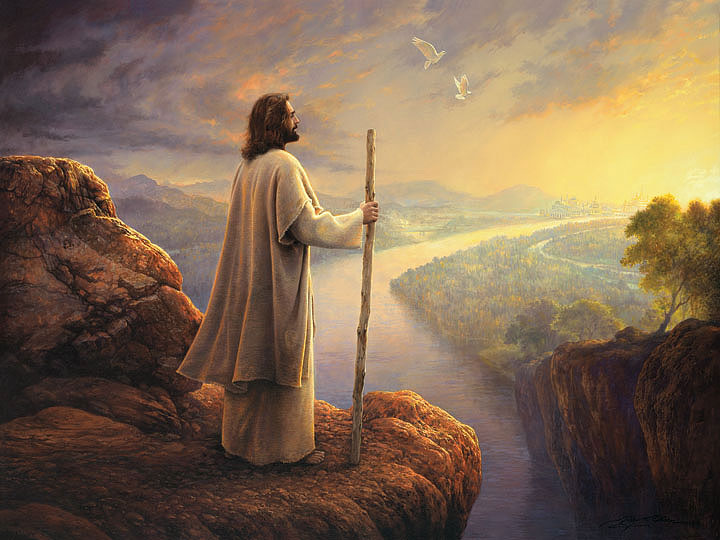 So when Jesus said: ‘Before Abraham was, I AM’, he made an astonishing statement that he is the ‘I AM’, therefor he is God.

Fourthly Jesus Christ calls himself the SON of God, who has life in himself, just as the Father in heaven has life in himself. This is again a very powerful statement that he is God, and not just a mere mortal human being like you and me. We don’t have life in ourselves. If something is dead, we can’t bring it back to life, we can’t create life from dead material. Only God can create life.

Fifhtly Jesus Christ said He IS the LIGHT of the world, and those who follow him will have the LIGHT OF LIFE. The light of life is the very substance of life itself. On other occasions Jesus had said that whoever believes in him shall have eternal life. No human being can ever make such incredible claims.

And finally Jesus Christ proclaims he IS the way, he IS the truth and he IS the life.

Humans can only say they can point others into the right direction, but Jesus didn’t point to a certain path, he said: I AM THE WAY! Come to ME! That’s why he also said: If anyone is thirsty, come to me and drink. Or: if you believe IN ME, rivers of living water will flow from your innermost being.

Jesus Christ never said he was just a prophet or teacher. He repeatedly stated very strongly that he is God, he is the exact representation of God, he and God are a perfect unity, he gives people eternal life, he is the Son of God, he forgives people their sins, and so much more…

If we say that Jesus Christ is a good prophet and teacher, then we must listen to his words. And his words are very clear. Now its up to us to believe him or reject his words, with all the consequences this has for our life.

What do Jesus’ apostles say about him?

Jesus Christ selected twelve men to become his ambassadors worldwide. They walked closely with Jesus for the three years of his ministry, heard him teach, listened to his heart, and saw the miracles he performed. They knew him better than anyone else. They ate and slept with him, saw how he wept and laughed, how he prayed and worshiped, how he rebuked religious leaders and embraced sinners. While Jesus often spoke in mysterious parables to the crowds, he revealed the mysteries in secret to them. 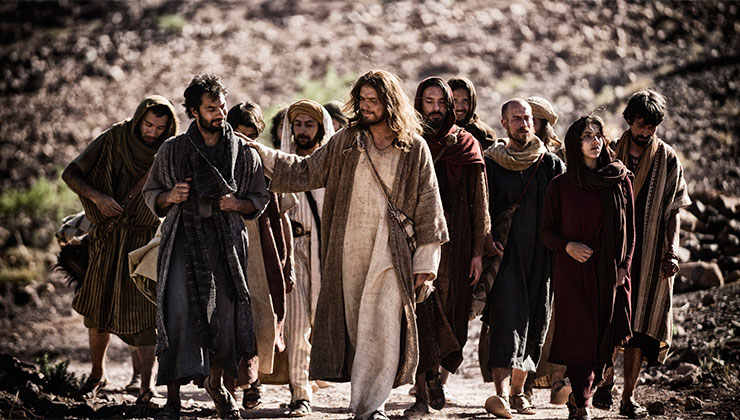 The twelve apostles knew Jesus Christ better than anyone else.

From all the apostles, there was one whose friendship with Jesus was especially intimate: the apostle John. He rested his head on the chest of Jesus, which speaks of a deep friendship. He literally heard the heartbeat of Jesus. This is what the apostle John writes about Jesus Christ:

‘The one who existed from the beginning is the one we have heard and seen. We saw him with our own eyes and touched him with our own hands. He is Jesus Christ, the Word of life.’ (1 John 1:1)

Simon Peter was another member of the twelve apostles. When Jesus asked Peter the question: ‘Who do you say I am?’ Peter replied with the famous words:

The apostle Thomas saw Jesus Christ, after his resurrection. He touched the body and the wounds of Jesus and realized Christ had indeed risen from the dead. Thomas fell on his knees, and said:

What does the apostle Paul say? 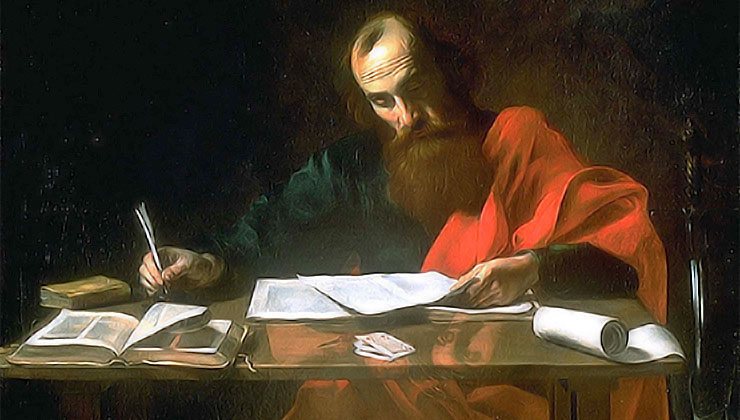 The apostle Paul had several deep spiritual experiences with Jesus Christ, in which Jesus revealed himself and his message to him. Paul suffered a lot of persecution: he was tortured, beaten and imprisoned several times. But he persevered, because Jesus Christ had become everything to him. This is what the apostle Paul said about Jesus Christ:

“He is the image of the invisible God, the first-born of creation. For by Him all things were created…all things have been created by Him and for Him. And He is before all things, and in Him all things hold together.” (Colossians 1:15-17)

“Christ came, who is over all, the eternally blessed God.” (Romans 9:5)

“…the appearing of the glory of our great God and Savior, Jesus Christ.” (Titus 2:13)

Jesus is worshipped as God

A typical hallmark for God, is that he is worshipped. A prophet or teacher will never receive worship from men, because only God himself is worthy of our worship. The Bible however mentions how both men and angels worship Jesus Christ:

‘that at the name of Jesus every knee should bow, of those in heaven, and of those on earth, and of those under the earth.’ (Philippians 2:10)

‘To Him who sits on the throne and to the Lamb be praise and honor and glory and power, for ever and ever!’ (Revelation 5:13) 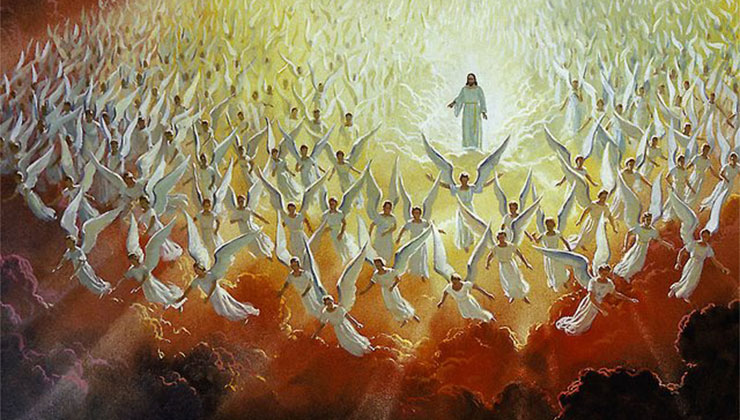 Jesus Christ has many properties that are characteristic for God. Man can’t forgive sins or give eternal life. Jesus can. Man is not the creator, Jesus is. Man can’t know the hidden thoughts of people, but Jesus can. Read the bible verses that say that Jesus does what only God can do.

“Jesus knew what they were thinking and asked,“Why are you thinking these things in your hearts?” (Luke 5:22)

“When Jesus saw their faith, he said to the man, “Take heart, son; your sins are forgiven.” (Matthew 9:2)

The Koran reveals Jesus is God

Mario Joseph is a Muslim Iman who discovered in the Koran that Jesus is God. In this video he explains how he used to preach that Jesus is not God, but that reading his own holy book, the Koran, convinced him otherwise… Eventually he even became a follower of Jesus Christ.

Here you can read all the references in the Koran, about Jesus Christ.

All over the world thousands of muslims have supernatural dreams and visions in which they encounter Jesus Christ, who tells them to follow him. The film ‘More than dreams‘ has been produced to document this amazing phenomenon. In the following five video’s you can see how muslims began believing in Jesus Christ, after they had a supernatural dream about him…

More Than Dreams / Part 5 of 5 – The story of Mohammed

Watch more video’s from people all over the world, who have seen Jesus Christ in life changing supernatural dreams and visions.

Lee Strobel is a journalist who questioned several scientists concerning the historic accuracy of Jesus Christ. In this video you can learn about the scientific evidence for Jesus Christ, confirming he is God and the savior of the world.

What does Jesus say about the Corona crisis?

Experience God in an amazing way!

Hearing the voice of God

The power of God