The wrath of God

Has the wrath of God ceased after 70 AD? No. God still judges wickedness, as long as it is necessary. 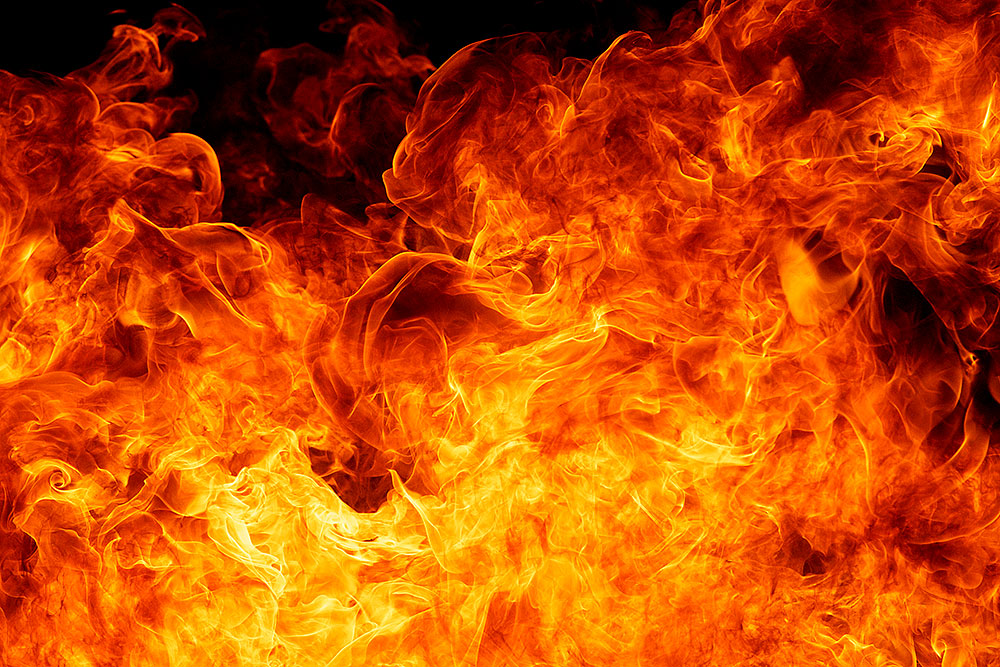 The Bible and history reveal that God’s wrath was poured out upon Israel in 70 AD when Jerusalem and the temple were destroyed. That was the fulfillment of Jesus’ prophecy in Matthew 23 and 24.

Some christians believe that this event was the last time in history when God released His wrath against wickedness on earth. From that time on, they say, there is only grace. God will never be angry anymore, and wickedness will never be dealt with in a severe way. The wrath of God has ceased to exist.

Is that true? I have been asking the Father about this, because I can’t help but feel a strong alarm in my spirit, when I hear the claim that the wrath of God has completely ceased to exist and now there is only grace. I have been a prophet and an apostle for the past 25 years and I have learned to discern the voice of God. Whenever I hear people say God’s wrath has ended, I clearly sense the Holy Sprit rise up against it. For a while I didn’t fully understand why, but now I have the answer, and I will share it with you.

Throughout the Bible it is obvious that the reason for God’s wrath is always to SAVE THE OPPRESSED, by destroying the wicked. 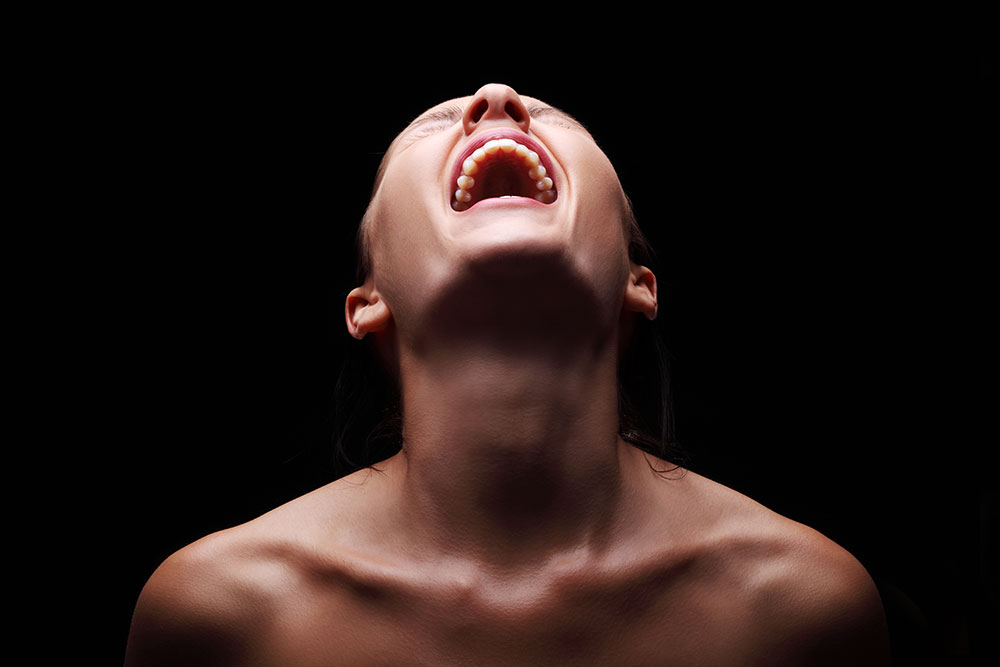 I will say that again so you understand it clearly: the only reason God has wrath is because through it He saves the innocent and the oppressed from the wicked. If there were no wrath of God, there would be no salvation whatsoever, because wickedness would eternally be able to roam freely. God’s wrath is against wickedness that destroys the righteous.

Wickedness always abuses the poor, the weak, the righteous, the humble, the children of God. Wickedness is always oppressing others. And the weak and oppressed can’t defend themselves in many cases. Wickedness is always lying, deceiving, twisting, and therefor the innocent often have no defense against the countless lies

God’s wrath is salvation for the righteous

‘Sing the praises of the Lord, enthroned in Zion; proclaim among the nations what he has done. For he who avenges blood remembers; he does not ignore the cries of the afflicted.’ (Psalm 9:11, 12)

This is His wrath: it is SALVATION for the righteous!

To say therefor that God’s wrath has ended, is the same as saying He will never defend the poor and the oppressed any longer, He will never stop the works of sin and wickedness anymore, He wil give it carte blanche in all eternity.

They killed all the prophets! They persecuted the christians.

That’s what Revelation is about: the martyrs crying out in horrible persecution, for God’s revenge to come upon the wicked. Jesus said in Matthew 23:

Wrath is the hallmark of a ruling King

To say God only once in all eternity has stopped the wicked in their march to spread darkness and suffering, is very wrong. 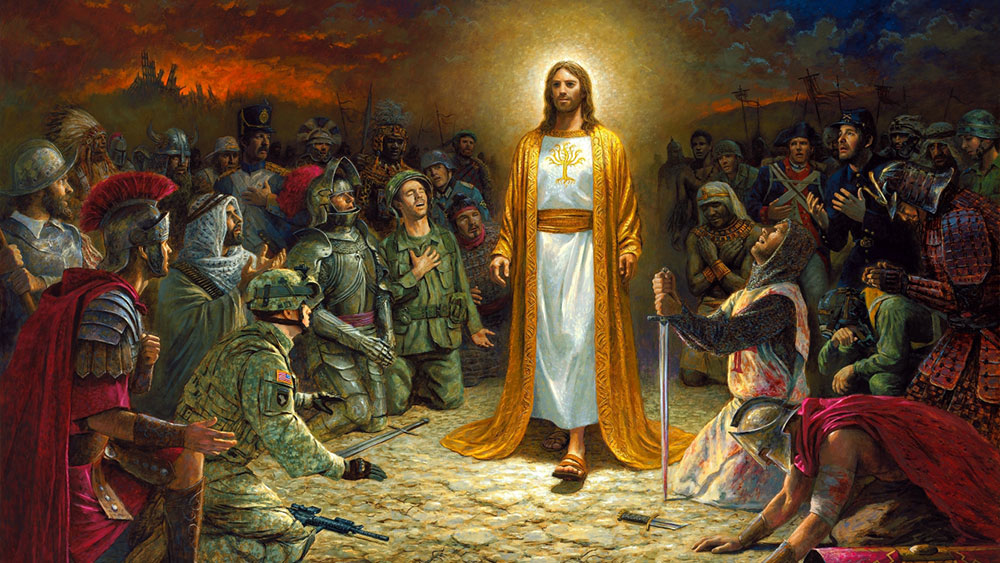 If Jesus Christ is King and Lord right now, then He is a reigning King, who releases God’s wrath upon the works of darkness, so His beloved people can be set free.

And of course I know He is love and He brings His love to mankind. But He always did that, even in the old covenant. Psalm 103 is probably the most beautiful psalm in the old covenant, declaring that God’s love is as high as the heavens for those who fear Him.

‘Praise the Lord for HE IS GOOD and HIS MERCY ENDURES FOREVER.’ (2 Chronicles 20:21)

Therefor in both covenants God works the same way: He is love and lavishes His love on those who fear Him, and He destroys the wicked who refuse His love and who choose to spread darkness, perversion, and cause affliction on the innocent.

To say there is no more wrath, is to remove God of one of His foremost properties: He steps in to save the oppressed.

It is giving carte blanche to all wickedness to spread freely forever. Because true wickedness is never won over by love. Never. It has never obeyed love and will never do it. It even abuses love to spread deception and gain control over the upright.

If Jesus Christ is our King and Lord, then He is reigning. What is reigning? It means you do what is needed to stop evil, so good can flourish. He has called us to be kings with Him. So we must reign with Him and put a halt to wickedness. That is what the apostles did, in the new covenant. Filled with the Holy Spirit they declared death over some people, they delivered others into the hands of satan, they hit some with blindness and the result was always that great fear came over the people.

This fear of the Lord is almost completely lacking in the church of the west today.

Because all authority of the apostles has been stripped away by our pussy-cat gospel, that castrates the warriors of Christ and turns them into whimps who are afraid to say what must be said.

The apostles really ruled and reigned with Christ IN GREAT AUTHORITY. They stood up forcefully against perversions in the Church. Never do we see that the apostles said: ‘O, it’s all grace, let them be so perverse and wicked. Just love them a bit more.’ No, they said things like:

When a sorcerer constantly opposed the apostle Paul, he said, filled with the Holy Spirit:

‘You are a child of the devil and an enemy of everything that is right! You are full of all kinds of deceit and trickery. Will you never stop perverting the right ways of the Lord?  Now the hand of the Lord is against you. You are going to be blind for a time, not even able to see the light of the sun.” Immediately mist and darkness came over him, and he groped about, seeking someone to lead him by the hand. When the proconsul saw what had happened, he believed, for he was amazed at the teaching about the Lord.’ (Acts 13: 8-12) 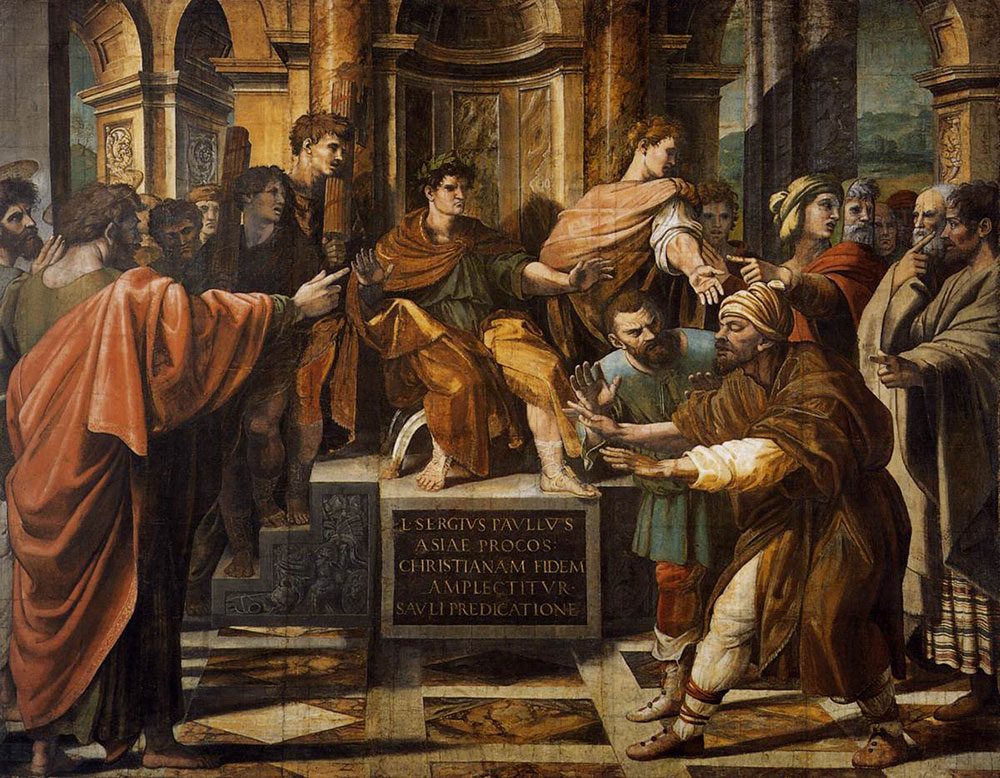 A true apostle will REIGN with Christ, which means he rises up in godly authority against all forms of evil, that oppose God’s love from reaching the people.

If we truly believe Christ is King, then we should rise up against wickedness and evil, and set the captives free. We should operate in His royal authority and destroy the works of the enemy. Not pat them on the back and say ‘O sweetheart, don’t you enjoy the grace of God?’ No, we stop the enemy, in any way the Holy Spirit leads us. And scripture shows the apostles sometimes did fearsome things… If the true apostles today start operating in the Spirit of God again, as scripture shows, fear will come over the people and mankind will worship God again in healthy trembling, with real awe for God. As the Word of God – Jesus Christ – prophecied through David:

‘Worship the Lord in the splendor of his holiness; tremble before him, all the earth.’ (Psalm 96:9)

Saying everything is now only grace, opens every and all doors for all forms of wickedness to roam free, like never before. It removes all authority from God’s kings and priests to deal powerfully with wickedness.

Jesus Christ is the same, yesterday, today and forever.

That is the only way His people can become free, when wickedness is destroyed.

Let’s not put God in a new box of our man made theologies, but let’s fear Him and know that there is very good reason why demons tremble before Him.

Rise up in God’s wrath against wickedness

If we rise up in His authority, against wickedness and evil, then the enemy will be overcome. If we however draw back and say there is only love and grace, then we have lost the war utterly and completely. Because those who are truly wicked will NEVER listen to the voice of God, they will NEVER obey Him. Jesus said with good reason to the Jewish leaders: ‘You don’t listen to Me, because you are of the devil.’

The same is true today. Those who truly serve evil, will never obey God. That’s why God comes with His wrath and destroys them.

He has always done that, and He will always do this, until the promise is fulfilled that all the unrighteous have been removed from the face of the earth.

‘The wicked will be cut off from the land, and the unfaithful will be torn from it.’ (Proverbs 2:22)

About Jesus Christ, the ruling King over all, David prophecied that His anger is aroused easily…

‘Therefore, you kings, be wise;
be warned, you rulers of the earth.
Serve the Lord with fear
and celebrate his rule with trembling.
KISS HIS SON, OR HE WILL BE ANGRY
and your way will lead to your destruction,
for his wrath can flare up in a moment.
Blessed are all who take refuge in him.’
(Psalm 2:10-12)

Jesus Christ is King of kings. And He is a REAL king. Not the next whimp who allows evil, like most of our pervert and crooked political leaders.

HE IS A REAL KING AND HE DESTROYS EVIL. 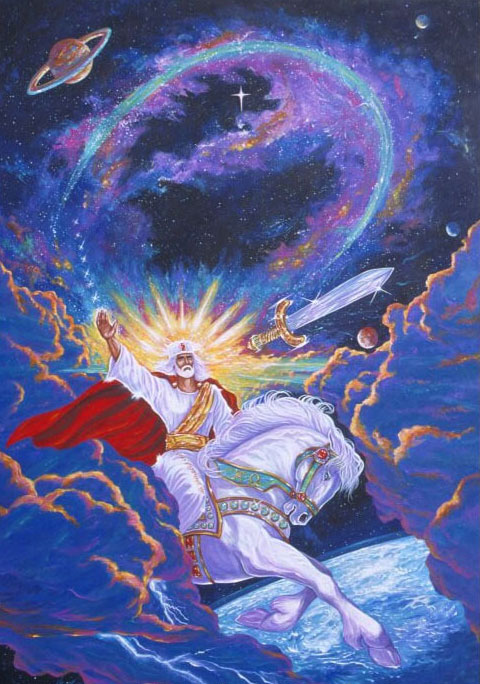 And we are the kings. So let’s be kings! And set the captives free. They are waiting. Then at last the words can be fulfilled:

“For the nation or kingdom that will not serve you will perish; it will be utterly ruined.” (Isaiah 60:12)

I will finish with a psalm that prophetically speaks about the reign of Jesus Christ as King of kings and Lord of lords. In this psalm is it obvious that God’s judgment never ceases. On the contrary, it is evidence of His reign as King over the nations.

The Lord reigns forever; he has established his throne for judgment. He rules the world in righteousness and judges the peoples with equity.’ (Psalm 9:7,8)

The names of God in the Bible

Is there proof that God exists? Discover it here…

The love of God is the reason why you are alive

Experience God in an amazing way!